In Interstitial, Sophia Ainslie portrays collage-like spaces motivated by looking at the body and land as parallel environments. Ainslie believes that our bodies have become fragmented, in much the same way as the natural landscape. Her work exposes this coexisting disconnection and speaks to the disjointed human experiences occurring while in these environments. Ainslie utilizes brushed India ink to create graphic, linear mark-making. Through sketchy black lines intermixed with bold colors and open white spaces, she attempts to portray physical and emotional experiences influenced by both nature and the body.

The pieces featured are from the larger body of work entitled “Fragments.” They are depictions of the interior of a body, inspired by an X-ray of the abdomen of Ainslie’s mother, as well as, Google Earth residential maps of Johannesburg and sketches made while observing the New England landscape. The series began as intimate “portraits” of Ainslie’s mother after she passed away from cancer as a way for the artist to symbolize her loss. The pieces are fragmented, centering around positive and negative space and reflect the absence and presence of the artist’s mother in her life. 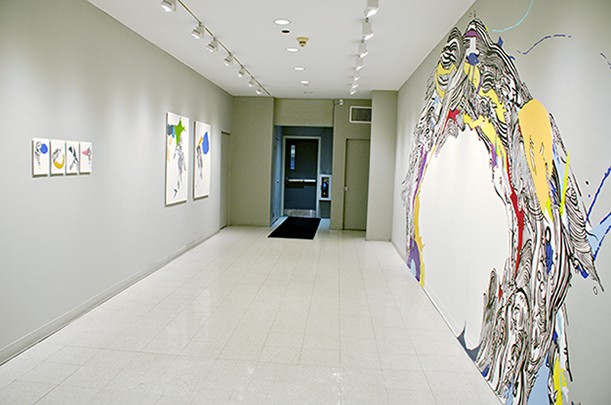 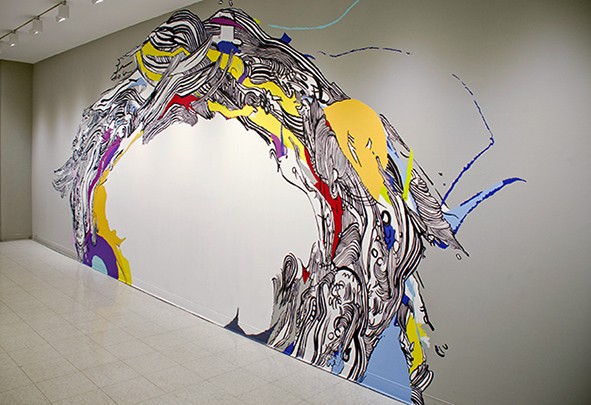 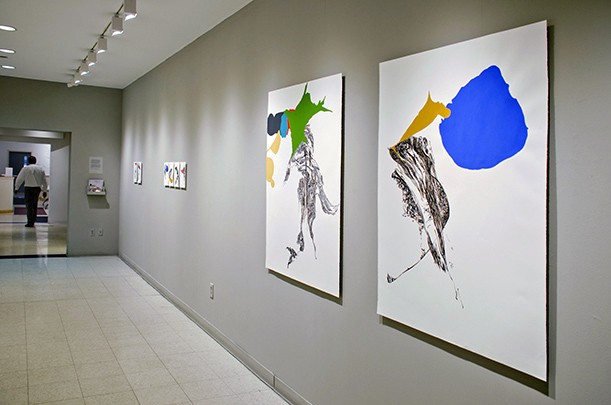 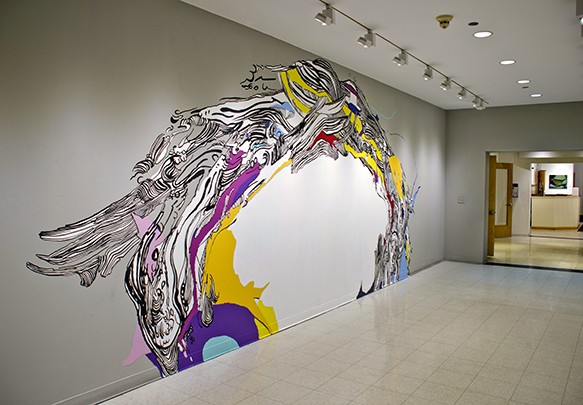