While the title implies a bold “stamp” of fabrication, where the physical product is the achievement, MADE is a look beneath the surface. Each impeccably made work reveals themselves as what they first seem upon further inspection. Bradbury features mixed-media artists, Alexa Meade (Los Angeles, CA), Patrick Jacobs (Brooklyn, NY), Antoniadis & Stone (Boston, MA) and Kelli Connell (Chicago, IL). Bradbury adopts the Freudian concept of the “uncanny,” a term used to describe the instance where something is familiar, yet foreign at the same time. That feeling of teetering between two states, or re-examining the present, is precisely what this exhibition achieves through a multitude of themes such as: exterior and interior, illusion and truth, handmade and fabricated.

Kelli Connell and Alexa Meade seesaw the limitations and extremities of portraiture. Kelli Connell became a photographer to explore how photos could raise questions, specifically those based around identity, gender roles and the individual. Layering multiple photographic negatives, the composited portraits can be interpreted as, “an image about a relationship between two people, and as an image about multiple sides of the self” explains Connell. She captures the intersection of fact and fiction much alike Alexa Meade. Painting directly on live models and real world objects, Meade works in reverse from the classical concept of trompe l’oeil (the art of making something two-dimensional appear three-dimensional). She collapses real world depth into what appears as flat representations. Her work is visually stunning and layered in illusion. “Come Down” is an electric street scene paired with a figure floating in an urban paradise. The man, static in mid-air, would not be realized as an actual live model in a photograph, if not for the minuscule corner of ankle flesh unpainted and exposed between his shoe and pant leg.

Brooklyn-based sculptor Patrick Jacobs creates hyperrealist dioramas create a multitude of subconscious layers. Built directly into the gallery wall, at first glance the viewer sees only a porthole. Stepping closer, the circle becomes a looking glass through which a crisp, precise “photographic” landscape image appears. But, in fact the “photograph” is a manually constructed sculptural environment made from a variety of materials including paper and plastic. The conscious present is inverted as the viewer realizes they are a prop in Jacobs’ dance between worlds. Jacobs’ highly crafted work is contained to a controlled environment. In contrast, Antoniadis and Stone’s work takes on a larger than life form, grandiose in scale. Antoniadis & Stone is a collaborative enterprise. The vision of Alexi Antoniadis and Nico Stone is a representation of combined consciousness and a shared interest in the investigation of reality. Their site specific installation, "Promised Land" can be described as an alternative, dystopic landscape, one where office park aesthetics have met with disaster. Reflective glass windows, steel beams appear to have landed as if dropped off a building to form an immersive environment for the viewer. Their scale implies a cumbersome weight, but are these works as they seem? As with all the works in MADE, things are not always what they seem. 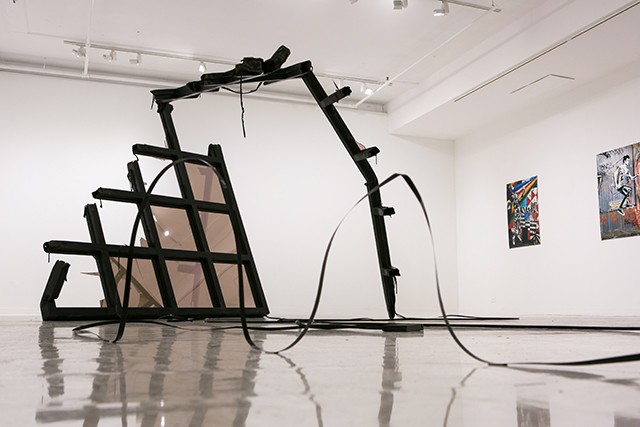 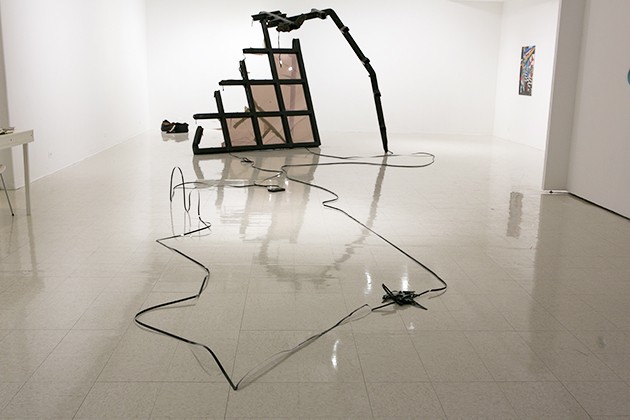 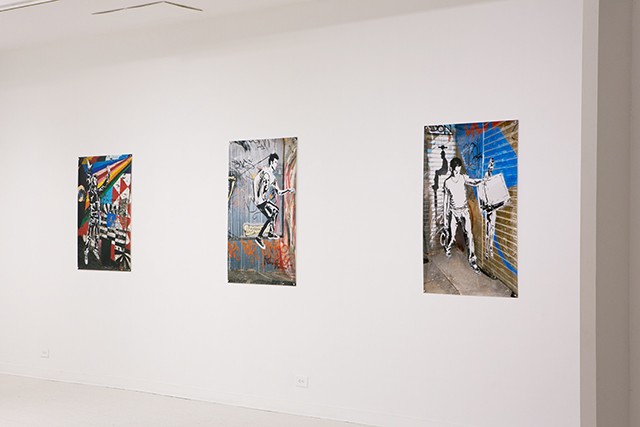 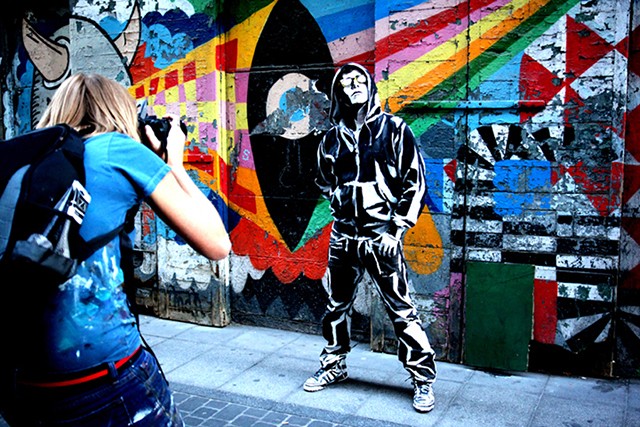 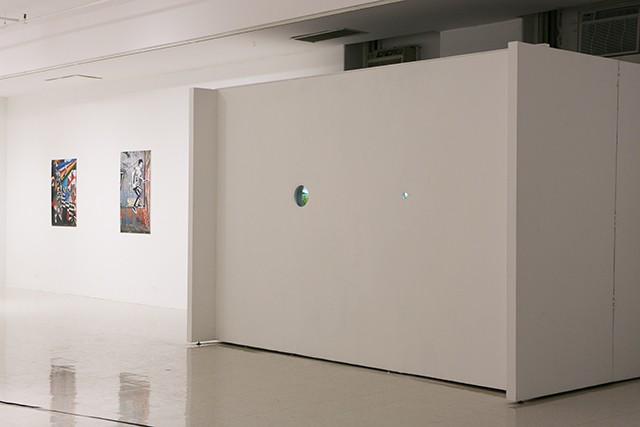 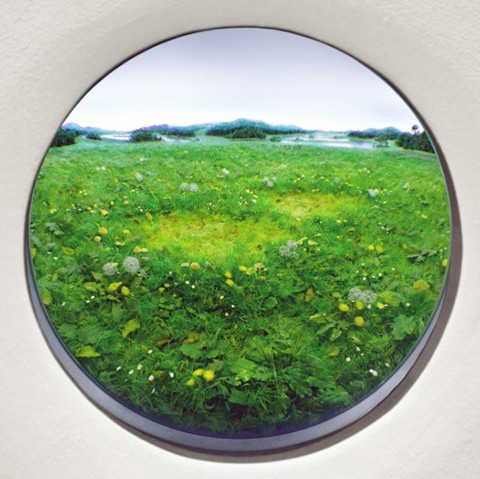 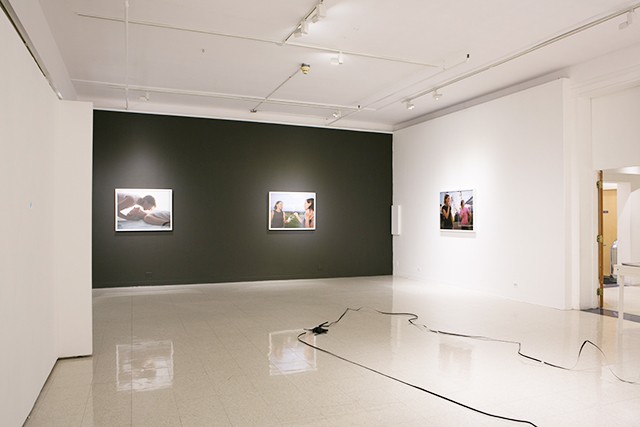 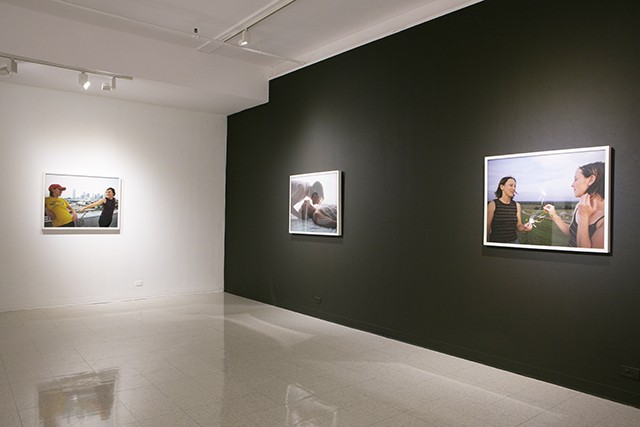 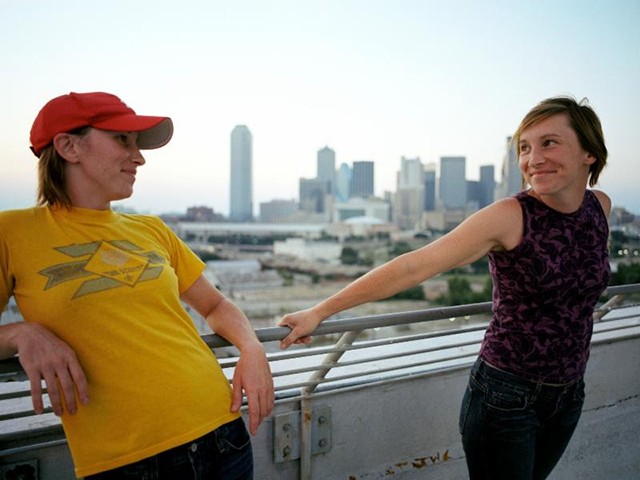