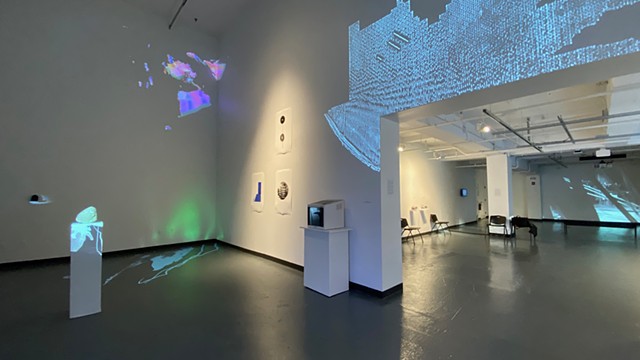 In 1905, Albert Einstein demonstrated that space and time are both relative and integrated and are essentially the same thing: a single unified entity called 'spacetime'. Spacetime is a dynamic entity that fuses the three dimensions of space (x,y,z) and the dimension of time (t) into a single, four-dimensional continuum. In curating the exhibit, Bradbury explored the question of what happens when an artwork becomes an event that exists in the four dimensions of Einstein’s concept of ‘spacetime’ - rather than as an object in space and/or time.