The reality of what’s familiar is not always the most dynamic (walking down the street, entering an empty room). Lawrence’s practice, is just the opposite. By drawing, digging into and building out of the gallery wall, an otherwise basic structure, Lawrence recontextualizes it. A shift which begs the question, “what lies beneath”?

Lawrence’s practice is a meeting between the minimal and the gestural. He adopts Minimalist characteristics such as seriality, geometric forms that explore properties of physical space and truth to materials. The artist maintains the identity of the subject through essential forms, but breaks new ground in his ability to create from a previously existing structure. Rather than constructing new forms, Lawrence deconstructs and reshapes the present moment.

Square merges the geometrical exactness with the physical touch. Lawrence cuts the top horizontal and right vertical planes forming a right angle. Deep enough to lift the top layers of sheetrock from the wall, he then peels back the corner downward, or that the free corner folds over and hangs to complete a full square. Viewing the work from an angle communicates how sculptural Lawrence’s process can be. Peeling back a layer from the wall and the dimensionality it creates contradicts the static planar surface an audience sees from a straight-on perspective. Connected by a diagonal shadow where the two planes meet, the opposing tensions of geometry and free form blend in harmony.

Wilson Lawrence received his BA from Hampshire College and his MFA from Massachusetts College of Art and Design. Lawrence currently lives and works in Pawtucket, Rhode Island. He has received selected publications and interviews in Big Red & Shiny, The Boston Globe, Art Forum and Ink Magazine. Wilson will exhibit in a group exhibition at Bannistar Gallery at Rhode Island College in Providence, in 2014. 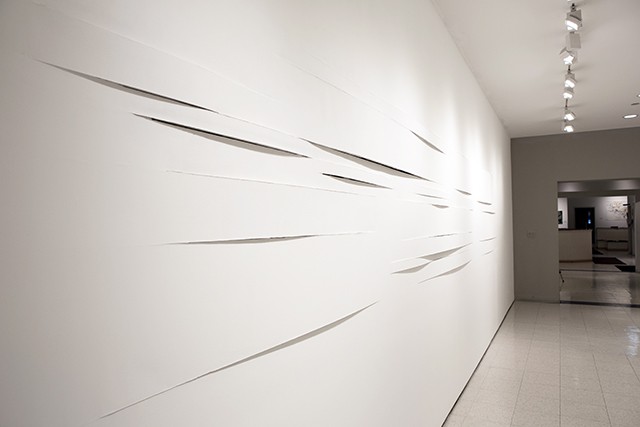 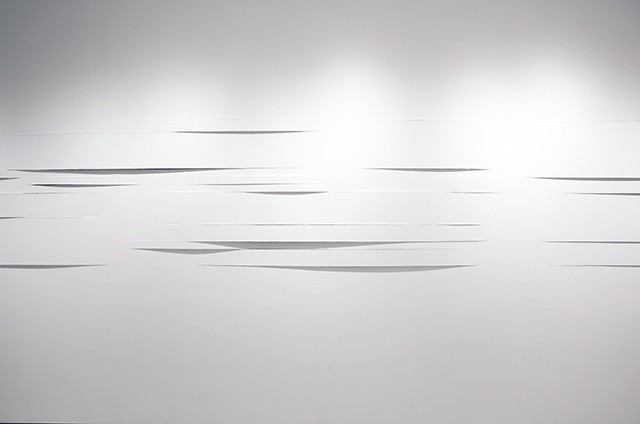 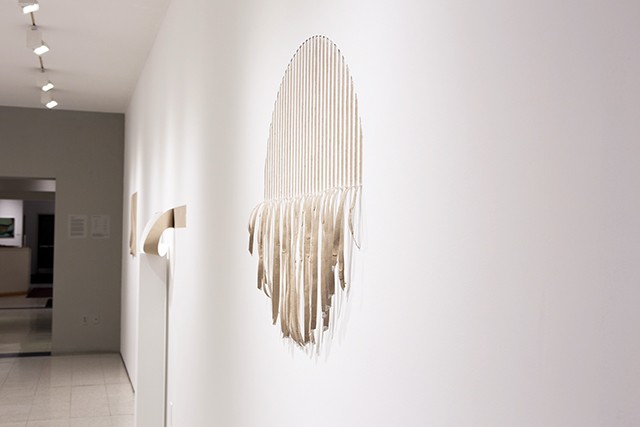 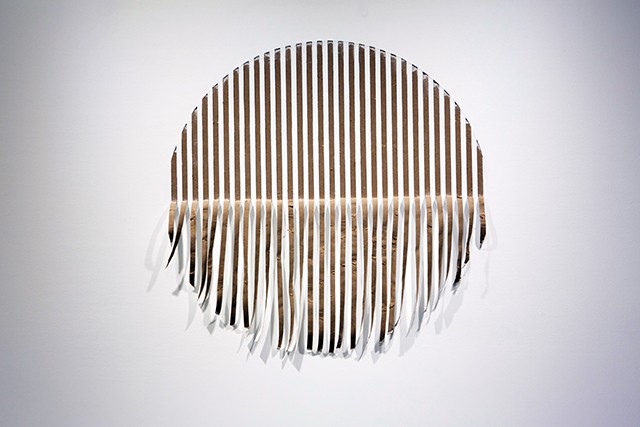 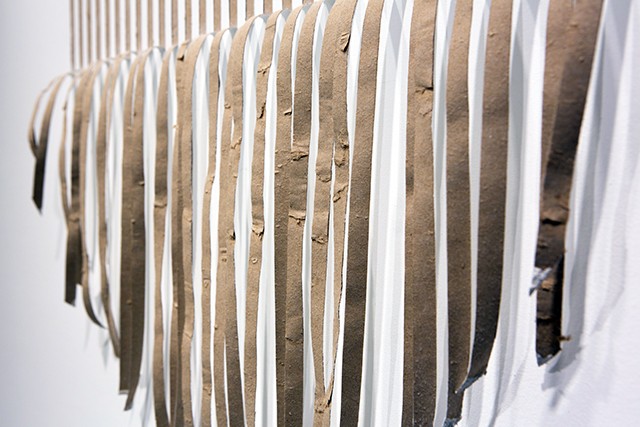 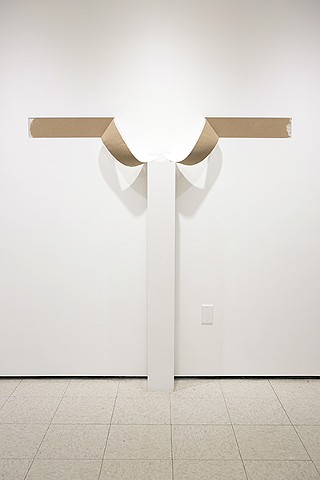 One, In a Befitting Manner 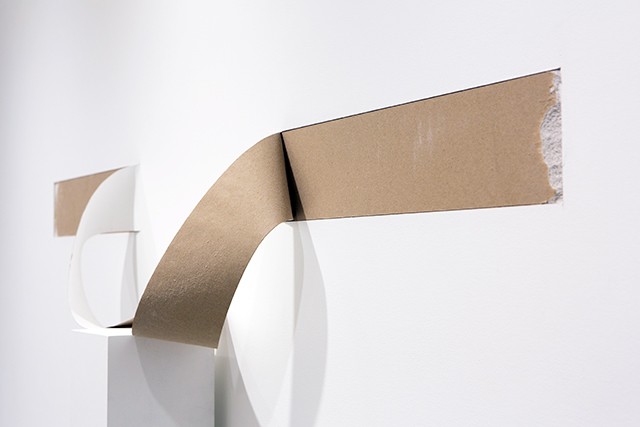 One, In a Befitting Manner (detail shot) 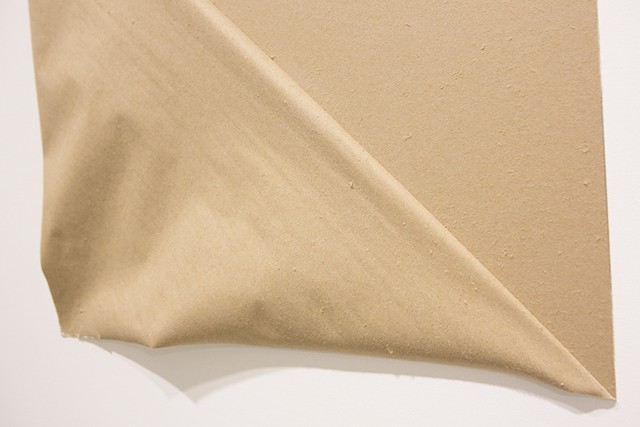 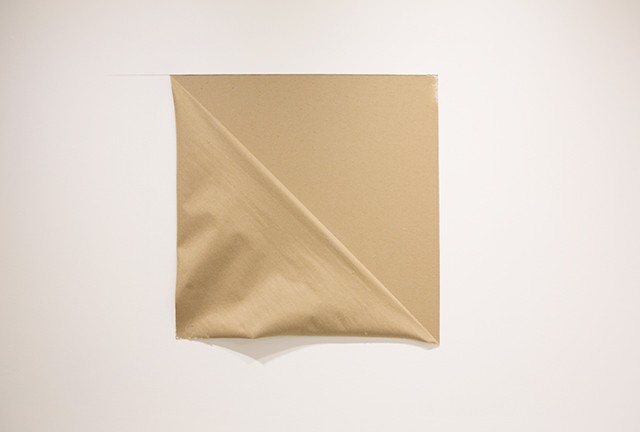 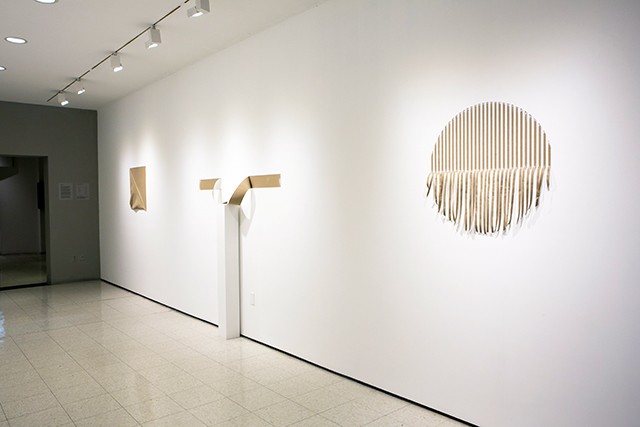