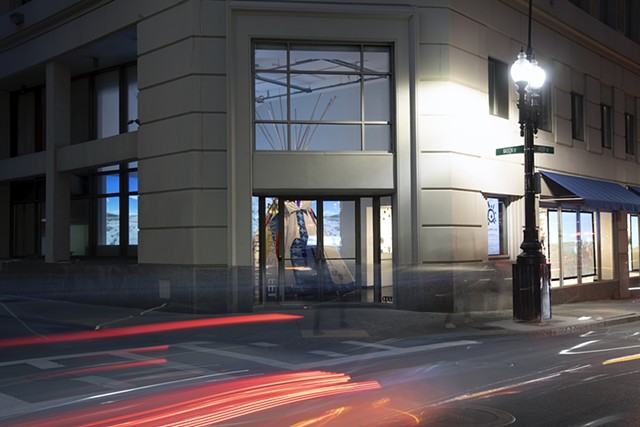 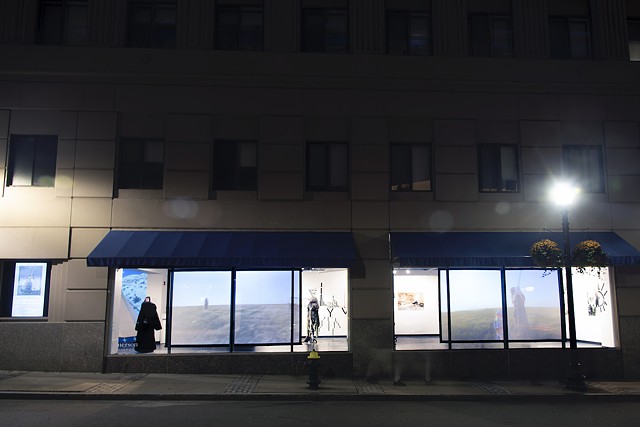 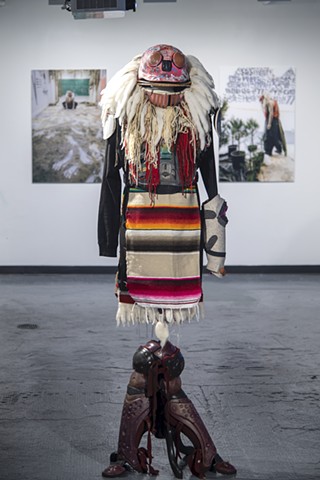 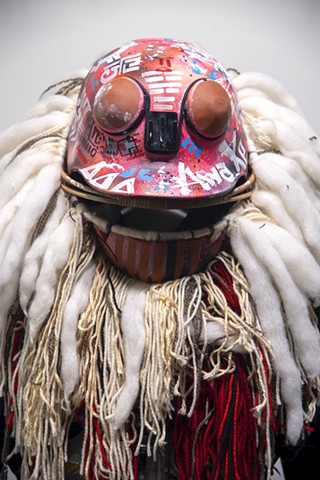 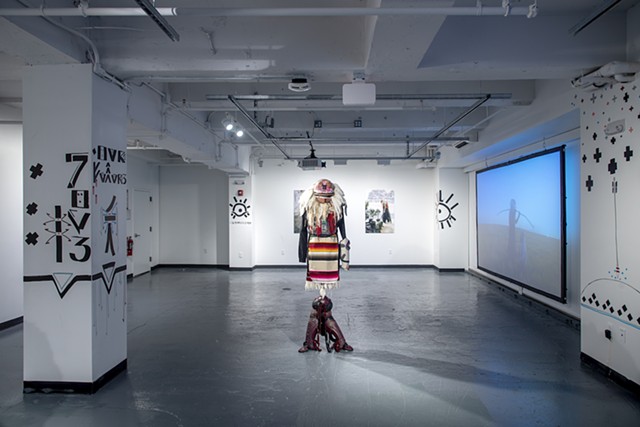 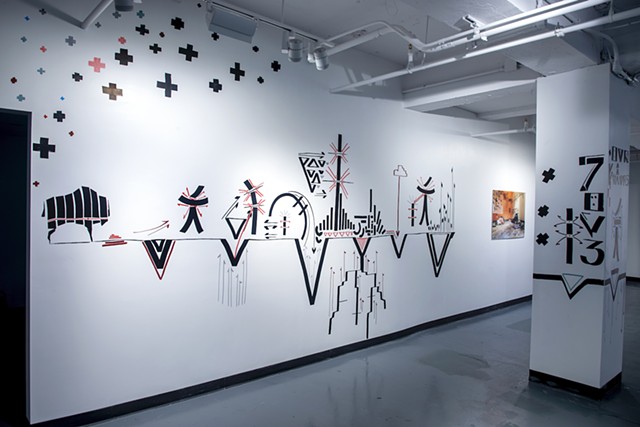 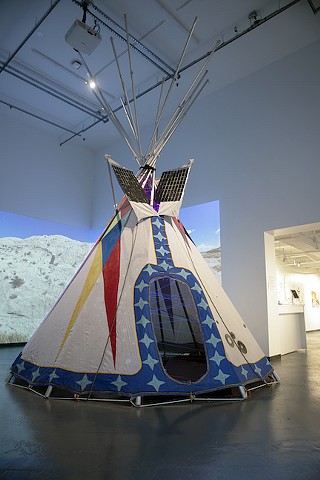 Future Ancestral Technologies: nágshibi is a multi-media Indigenous-centered science fiction exhibition using creative storytelling to radically reimagine the future and promote a thriving Indigeneity. Nágshibi is the Hidatsa word for “to be past, to be after” or “to exceed, to go beyond.” The exhibition, an approach to creating art objects, videos, and performance with the intent to influence global consciousness, includes a 21-foot tall canvas tipi, a two channel video installation, performative video works, photography, and ceremonial regalia created by the artist.

Regarding Future Ancestral Technologies, Nàgshibi, Cannupa Luger states: “In this ongoing series, I prototype designs for objects and their use. I test rituals and conduct ceremonies. This project operates with the assumption that these “artworks” will become customary in the future. I create a space of futuristic vision in which societies are nomadic, tipis are solar-powered, and humans create their own functional regalia to live through ceremony in acknowledgement of land.”

About the Exhibition Future Ancestral Technologies debuted in 2018 in the form of an immersive exhibition at the University of South Dakota. A series of land-acknowledgment performative actions have since followed and manifest as video works, several of which will be on view in the Media Art Gallery. The project continues through the prototyping of dwellings, clothing, tools, and videos that illustrate a world in which artificial intelligence and virtual reality support ritual and ceremony. Though currently viewed via exhibitions and in other art world contexts, this project operates under the assumption that these artworks will become useful in the future.

About the Artist Cannupa Hanska Luger is a New Mexico-based, multi-disciplinary artist. Raised on the Standing Rock Reservation in North Dakota, he is of Mandan, Hidatsa, Arikara, Lakota, Austrian, and Norwegian descent. Using social collaboration and in response to timely and site-specific issues, Luger produces multi-pronged projects that take many forms.

Through monumental installations that incorporate ceramics, video, sound, fiber, steel, and cut-paper, Luger interweaves performance and political action to communicate stories about 21st century Indigeneity. This work provokes diverse publics to engage with Indigenous peoples and values apart from the lens of colonial social structuring and oftentimes presents a call to action to protect land from capitalist exploits.