Portland-based artist Anna Hepler uses simple materials to create sophisticated prints, drawings, and elaborate three-dimensional spatial constructs. Over the past five years her artistic obsession with the movement of particles suspended in space has taken on impressive proportions. Sources of inspiration include ephemeral natural phenomena such as flocks of birds, fireworks, dandelion whorls. She combines this with an interest in skeletal frameworks either from the natural or built environment. Says Hepler, “I am interested in portraying fleeting moments of suspended or built geometries.” By combining visually cohesive forms, such as the oval or the sphere, and filling them with chaotic structures, Hepler takes on the duality she sees in nature’s systems. The resulting installation is incredibly elegant and filled with a peaceful, Zen-like energy.

Hepler’s work evolves as a series of related elements. The imagery is primarily abstract, though she thinks of it as a kind of ‘reductive realism’ – that is, the images and sculptures are based on real and observed visual phenomena. Often she begins a new body of work with a sculptural prototype that becomes the subject of possible drawings, prints or photographs and culminates as a sculptural installation. For Intricate Universe, the artist will present three interconnected bodies of work: small dioramas depicting monumental sculptural installations in gallery interiors, a series of woodcuts, and a site-specific sculpture Arrest, Array. The latter is a large sculptural installation composed of aluminum, stainless steel, and PVC disks suspended from the gallery ceiling in the shape of a large swarm. The dioramas, woodcuts, and installation all describe, in different ways, the fleeting geometry of a flock as it is suspended in air. It is the artist’s first solo exhibition in the Boston area where her two- and three-dimensional works are shown together. 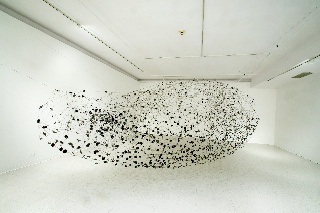 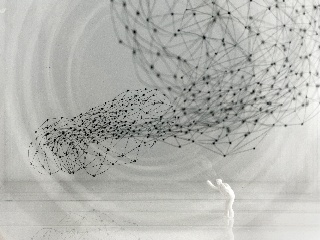 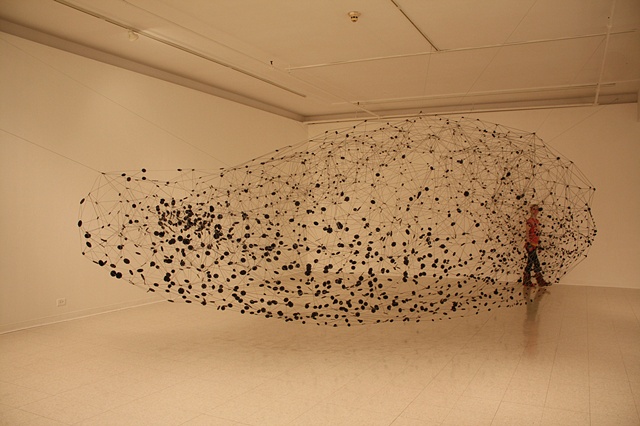 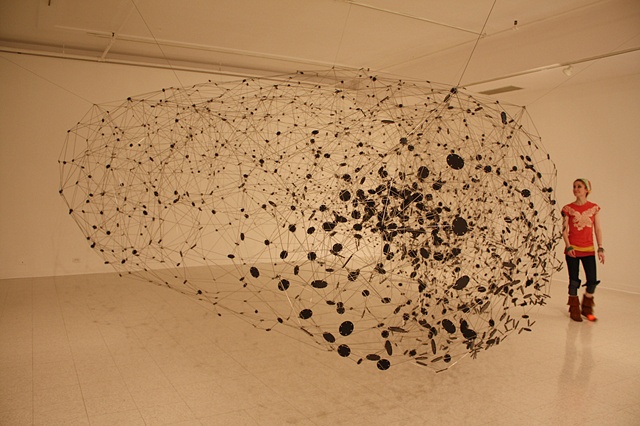 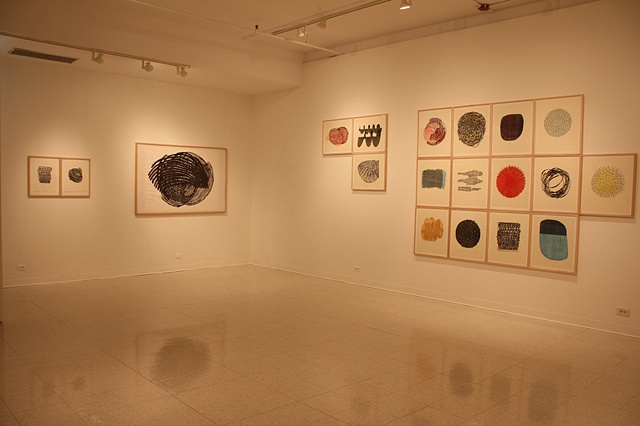 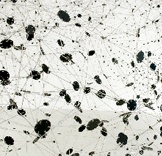 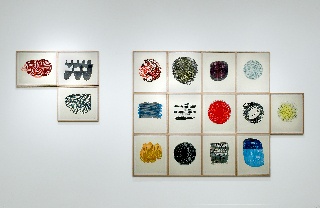 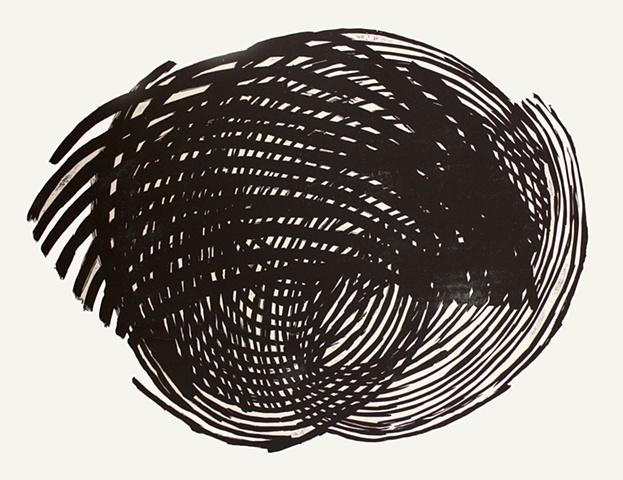 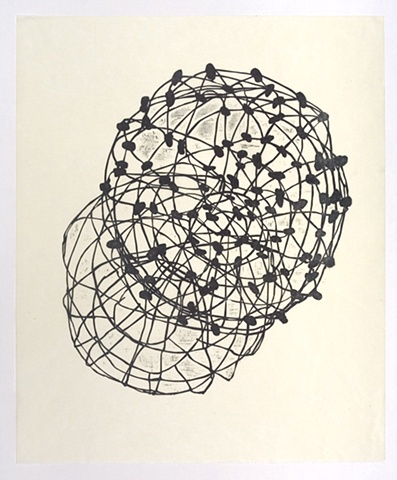 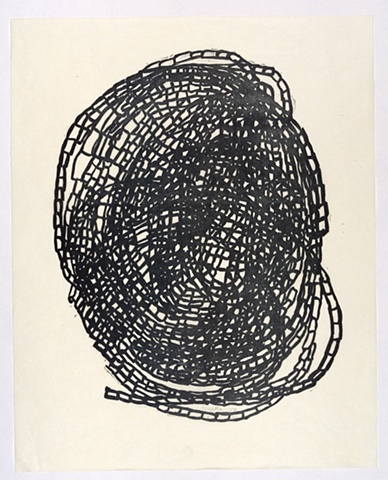 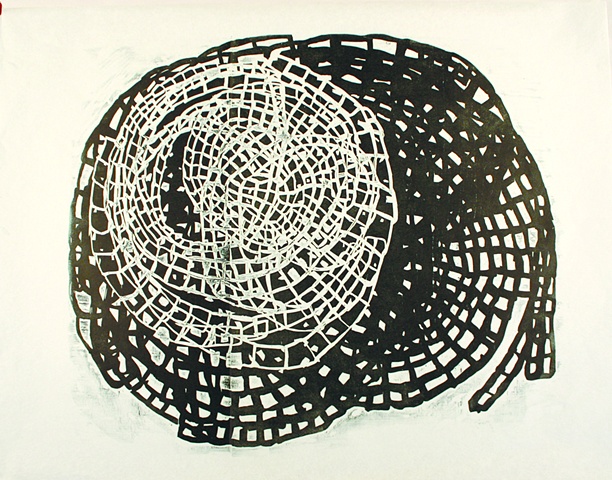 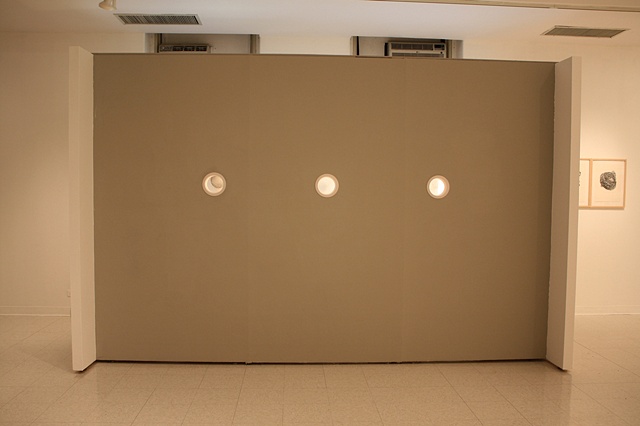 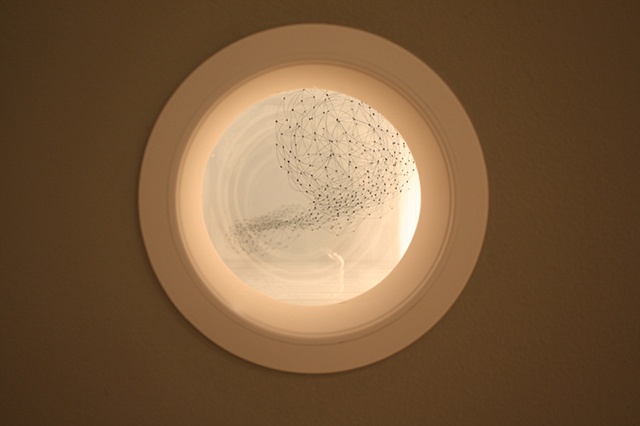 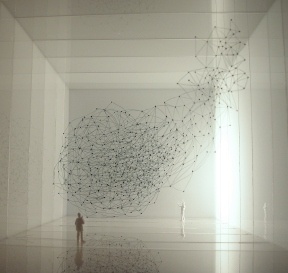